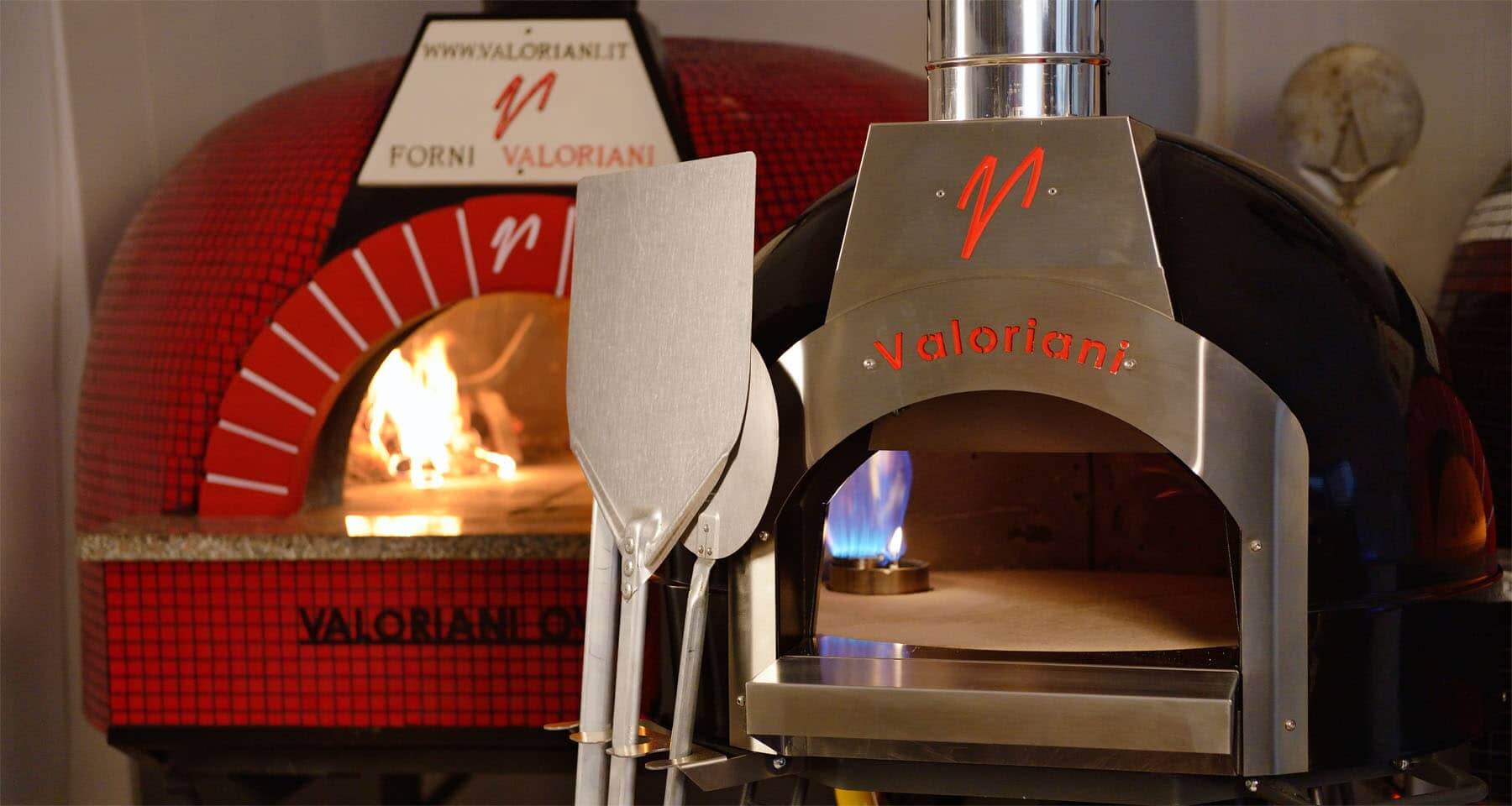 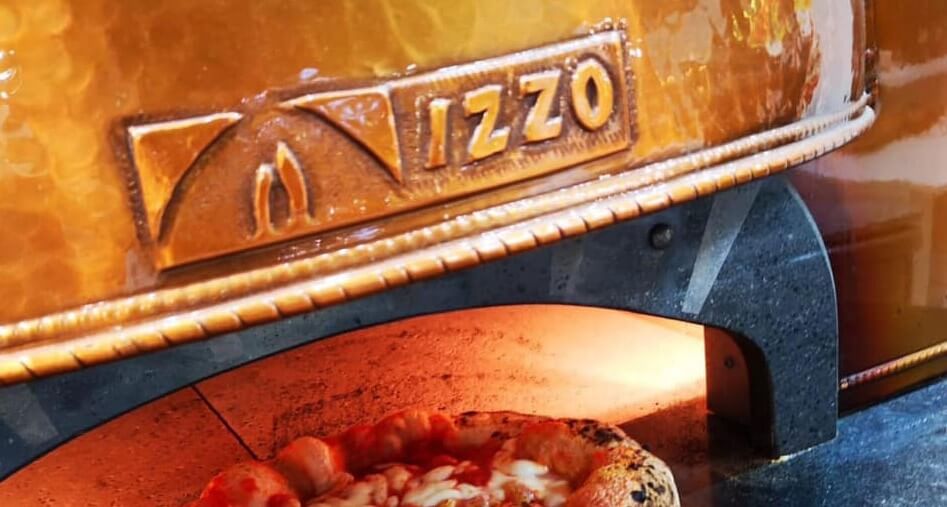 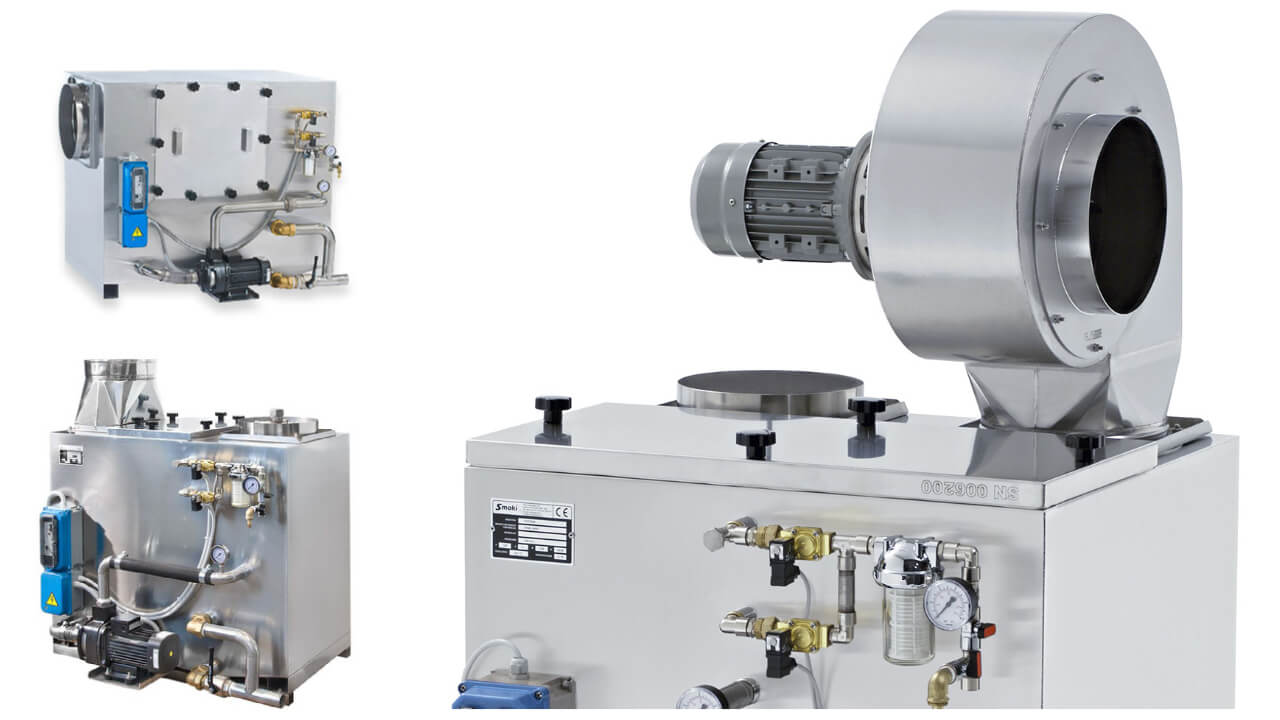 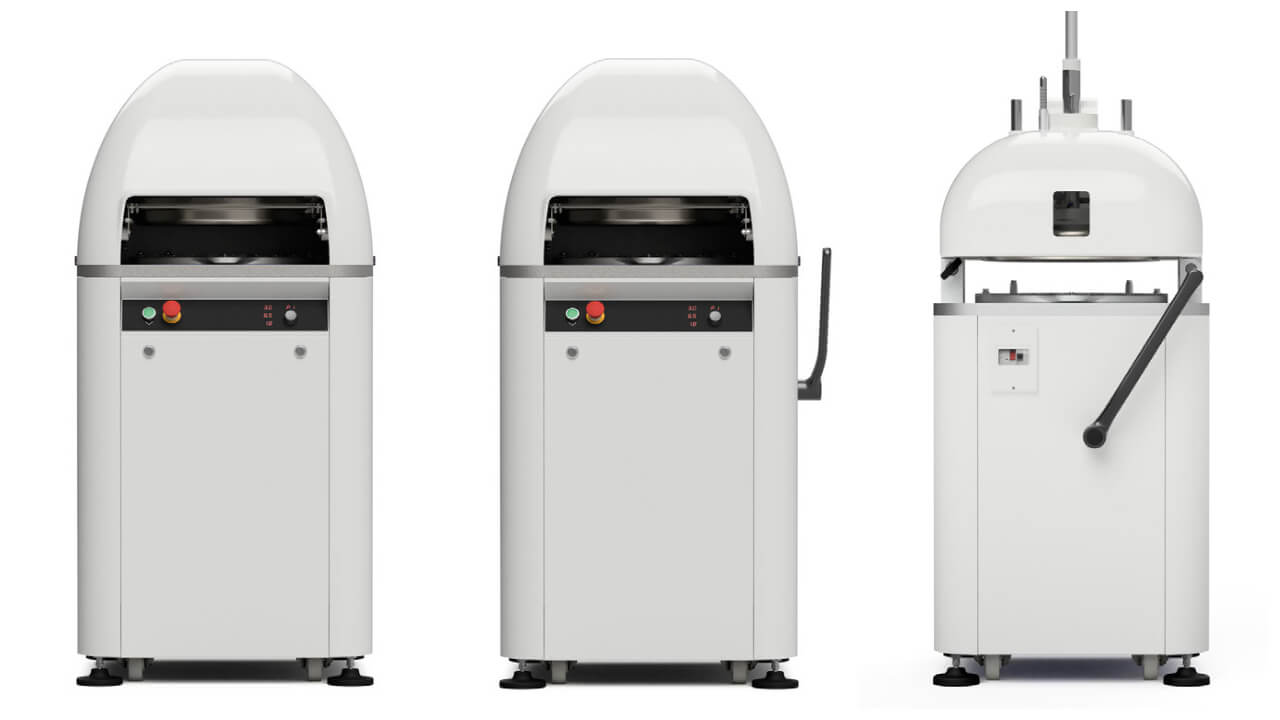 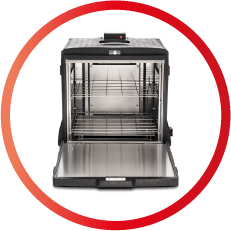 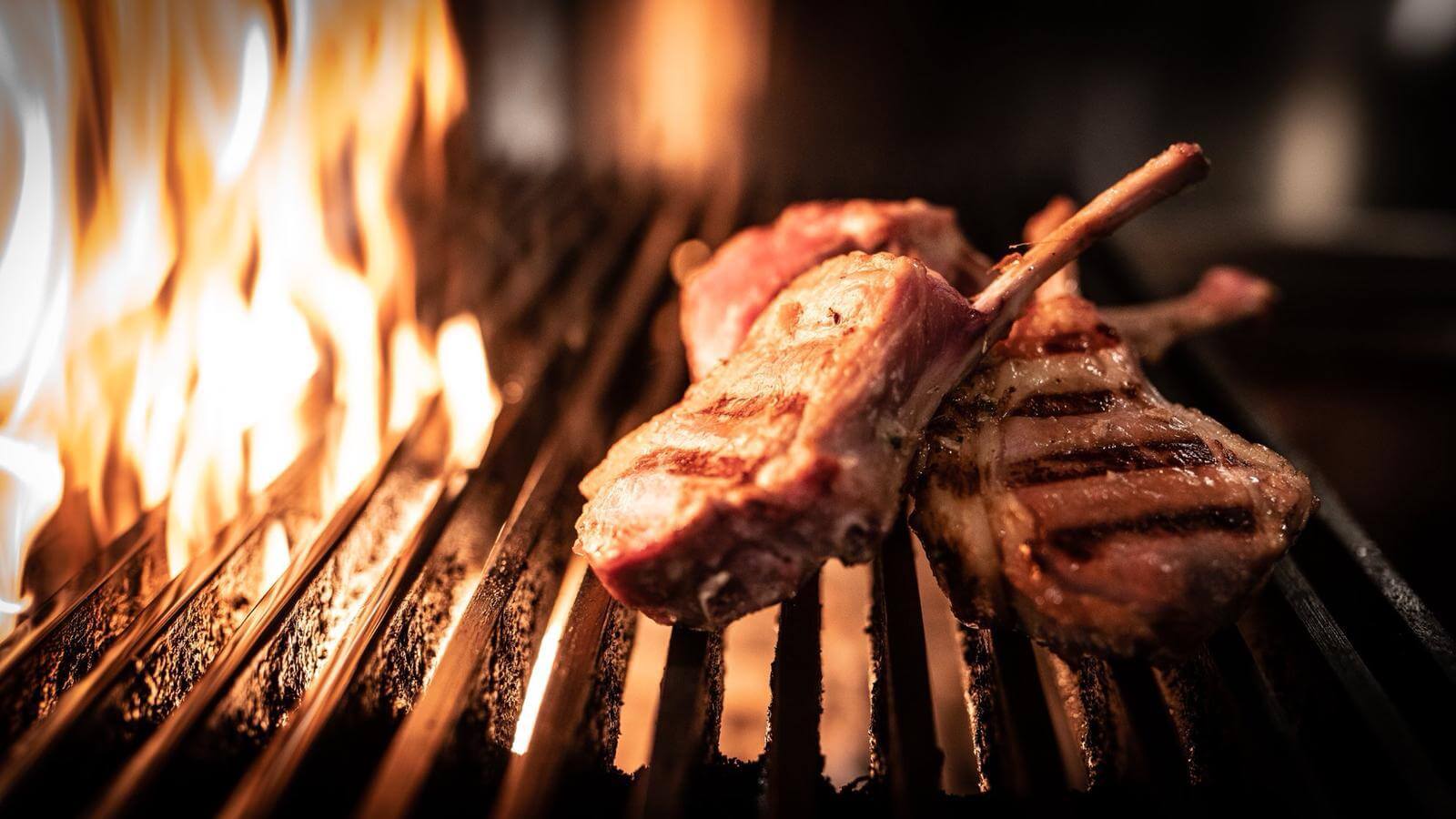 Against the crisis: Pizza Contest

The Associazione Verace Pizza Napoletana (AVPN) as the Italian organization for the preservation of the world heritage Napoletan pizza, unites all fans of perfect pizza in the Corona crisis.Whether a pizza maker by profession or by passion, the AVPN invites all pizza lovers to share their photos and videos via Facebook their personal pizza during the period from March 20 to April 20. The prerequisite is an electric pizza oven. The 20 best pizzas will be selected. The winners will be announced on April 24. The first prize is a professional pizza course.So get to the ovens!

To show solidarity with all the people who are suffering because of Corona, but also all those who are massively limited by the crisis, Forni Valoriani asks "stay at home and fire up your stoves". Worldwide, owners of Valoriani pizza ovens are called upon to post pictures of their delicacies and thus encourage others to weather the crisis well at home. A nice idea! You can post photos of your delicacies under the hashtag above, tagging the page @fornivaloriani. So go ahead, show solidarity and send your recipe idea to Valoriani friends around the world! 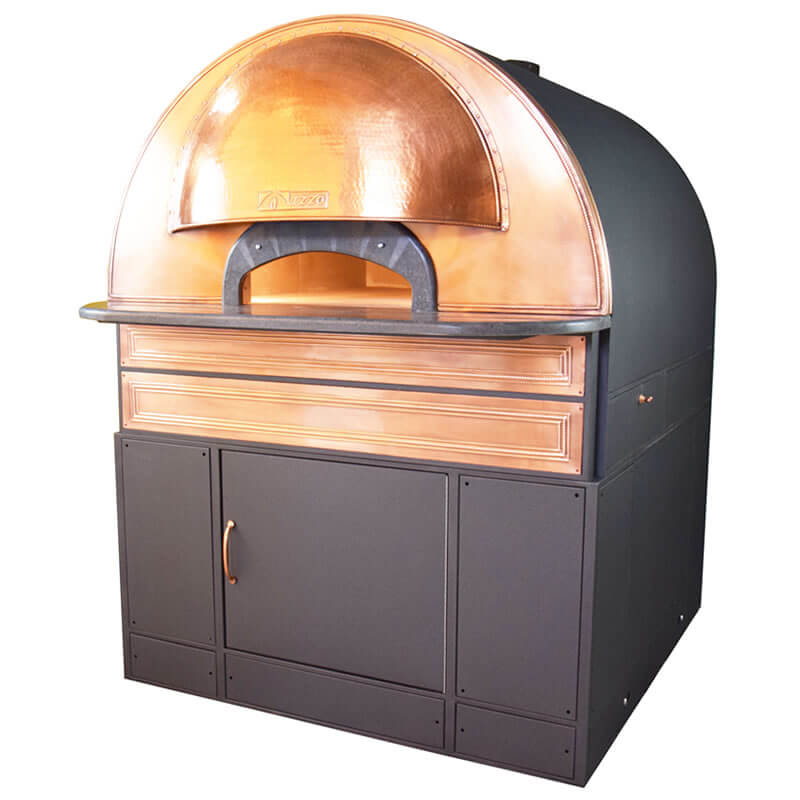 (5)
Izzo Forni Napoletano: electric Neapolitan pizza oven for the catering trade The Izzo Forni Napoletano from the manufacturer Scugnizzonapoletano from the house Izzo Forni is a professional electric oven, which was developed and approved for the gastronomy. The heart of the oven is the microprocessor control for perfect results. Offer your guests real pizza quality and an even and traditional browning of the pizza without having to work with an open fire and the associated constraints. The Izzo Forni Napoletano and its possibilities, approved by the AVPN as the first electric oven in the world! The Izzo Forni Napoletano is a real eye-catcher and therefore also ideally suited for open kitchen concepts. The front made of antique-looking and handcrafted copper is a real eye-catcher and yet absolutely functionally designed. The steam collection bonnet on the top also gives the pizza oven its characteristic shape. This also contributes to the optimal heat distribution, as the heating elements of the oven are laid by hand and optimally aligned. Thus, each area of the baking chamber receives the optimal temperature for pizza and many other dishes. The heart of this beautiful oven is formed by the refractory bricks, which have a thickness of four centimetres on both the bottom and the top of the oven. This means that they not only retain heat for a long time, but also insulate the oven optimally from the outside. The heat losses are thus at absolute minimum values. In the lower part of the stove, genuine "Bicotto di Sorrento" are used, which have their typical colouring and are traditionally produced at the original production sites. Izzo Forni Napoletano: Approved for original Pizza Napoletana The Izzo Forni Napoletano is approved for the original Pizza Napoletana and is capable of delivering the desired performance quickly and safely. At the same time, the cooking time is around 60 seconds, so that the electric pizza oven for gastronomy does not differ from a traditional wood-fired oven. At temperatures between 450 and 470 °C, the oven produces the typical "leopard colouring" on the edge of the pizza, which tells connoisseurs about the quality of the preparation. The refractory Biscotto di Sorrento on the base of the pizza oven also ensures even and constant heat distribution over the entire base area. This makes for a traditional pizza with character and its own taste. Easy-to-integrate electric pizza oven for the catering trade Gastronomes are particularly pleased with the easy operation of the appliance. Mounted on a trolley with wheels, the electric pizza oven for the catering trade can be flexibly moved around the kitchen and thus also placed to the side when needed. Thanks to the digital display and simple controls, no long training period is necessary. Timer, automatic switch-on functions and temperature regulation are very easy to operate and monitor. The oven can be used in traditional Italian catering establishments as well as in those with a flexible orientation. The high flexibility and easy operation make this model a perfect pizza oven for the catering industry. So you can offer your customers wood-fired oven quality with the Izzo Forni Napoletano in fully electric operation. The Izzo Forni Napoletano for your catering business The Izzo Forni Napoletano is a Napoletan pizza oven for gastronomy, which was manufactured by the traditional company Izzo Forni. The production process of the oven remains as before, the quality too. Izzo Forni has founded a subsidiary with the new brand Scugnizzonapoletano to give this special oven a fitting stage. Izzo Forni has been manufacturing premium quality Italian products since 1951 and is one of the most popular manufacturers in the country. If you are also considering such an oven or would like to take a look at the electric pizza oven for gastronomy yourself, simply contact us. We will be happy to arrange for you to see the oven in action and familiarise yourself with the various functions. Approved for the original Pizza Napoletana, this oven offers you a wide range of gastronomic possibilities. We will be happy to advise you comprehensively about the various possibilities from our range and about the advantages of this pizza oven for you. Simply contact us - we look forward to your enquiry!

Receive exciting news on the topic of pizza oven.
Subscribe now and never miss an action!